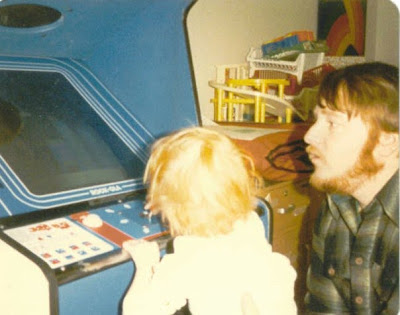 The next thing I knew, my mother’s screaming startled me awake. She came home, walked through the door and found a note taped to the giraffe mirror outside our bathroom. She found my father in the bathtub, saw the note again and it all came together. “Our time together was too brief…” started the note. It was written in my dad’s undeniable large, bold-print handwriting, and the message shot right through our hearts.

But it was already too late. He’d been dead for about 15 minutes by the time my mom got home, the coroners would tell us later. My father was dead. He electrocuted himself while I had been asleep and my mom took was out. Being an electrical engineer, he modified wires in exactly the right way so they would send electrical impulses directly to his heart. He insulated the wires, so my mom wouldn’t get a shock when she tried to revive him.

That morning, police officers wearing blue uniforms came to our house to take my father’s body. I didn’t come out until they took him away. I sat in the bedroom crying and crying. I just couldn’t bear to see my dad’s body being hoisted in a body bag. I thought that maybe if I didn’t see it, it wouldn’t be real.

Time just seemed to stop after my father died. It just didn’t seem to matter anymore. And why should it? My father was gone. Should I really be going to school, learning about Joseph Pulitzer and the responsibility of an objective reporter? Should I be watching my favorite TV show, feeling the beginning of a smile on my face? It all seemed…so…pointless. And hollow. But I did all those things. Not because I particularly wanted to, but because I felt like an invisible force was pushing me ever onward. Go, go, go, it told me. I had to keep going. The merry-go-round that had become my life kept on spinning, and I was powerless to get off the ride. It was easier to just keep going and not look back.

The first few months were extremely raw for my mom, sister and me. We were all dealing with our grief in different ways. My sister’s long-time eating disorder seemed to spiral out of control again, and she descended into a world of calorie counting and starving herself. Controlling her weight became her way of controlling a world that seemed so out of our hands. My mom became consumed with reading every grief and suicide book that she could get her hands on. She turned to shelves and shelves of books, hoping they would give her some answers – or at least offer a bit of comfort. She even contacted the doctors who treated my father in a desperate attempt for answers. The closest conclusion they could reason was that because the radiation hit the front of his brain, the frontal lobe was damaged significantly, which is the portion of the brain responsible for impulse control. For me, anger quickly became my best friend. My anger became like a tidal wave, roaring and crashing on the shore, oblivious to everything in its path. Everyone around me felt my wrath. This was a sharp contrast to the happy-go-lucky person I’d always been, full of smiles and an optimistic outlook on life. Maybe the happy me died right along with my father, but the world I knew now was a dark one.

“I’m still so angry at father,” I wrote in my journal a year and a half after his death. “What was he thinking? How could he just leave us like this? I miss him so much, and I hate this empty feeling. I think I’ll always carry that emptiness. Why does life have to be so hard?”

Here I was, a year and a half after his death, still harping on the same issue. I was still on that merry-go-round, only now, instead of immersing myself in activities, my head was spinning around and around almost aimlessly. A thousand emotions swirled in my head, and they all seemed to want immediate attention. But it was the anger that got top billing. It screamed the loudest, drowning out – or bulling – all other emotions until it was front and center. And I had no choice but to deal with it.

Truthfully, I couldn’t hide my anger, couldn’t neatly tuck it away like I had with the suicide note; it just wasn’t that easy. I kept rationalizing with myself that I had every right to be mad. Life wasn’t supposed to be this way – suicide had never figured into my plans or my dreams. My father was supposed to watch me graduate with my journalism degree. He was supposed to give me fatherly advice to send me on my way to the “real world.” I even pictured him wearing a tuxedo and walking me down the aisle on my wedding day.

But instead, he abandoned me – and did it while I was in the house. After the coroners took his body, we found his glasses and the news paper on our living room couch. The newspaper, spread all over, was opened to the car section. The car section! So my father had been reading about the newest hot models of red cars, and then just decided to commit suicide?

My father had swiftly moved out of our lives, like a movie scene of mysterious men on horseback making a mad escape into the dark night, leaving only a swirl of dust in their absence. I wanted to run after that horse and ask, “Why? Why did you leave us here like this?” But no matter how much I ran, my legs were glued to the ground. After all, “my legs” were gone.

But on the eve of the second anniversary of his death, I noticed a shift. I even found myself going through old family photos and thinking about my dad. Spreading the large photo albums out in front of me, I saw a chronology of our lives in brilliant, full colors. Now, I saw not a man who committed suicide and deserted his family. Rather, the man staring back at me was my father. The man who laughed at my jokes even when they weren’t funny. The man who read everything I ever wrote with enthusiasm and glee. The man who talked nonstop as we walked home from his office. He was my father, and for the first time, I missed him. As I ran my hand along the smooth photos, I started to break down that barrier my anger had created.

Suicide grief is a long and lonely road. Sometimes you wonder if you’ll ever come out on the other side. I’ve realized people do care, but if they haven’t experienced suicide, they simply don’t understand what you’re going through. They don’t understand all the highs and lows, the constant questioning about how a loved one could do such a thing and wondering how life would be different if you’d somehow intercepted on that fateful day and saved him.

I’m still grappling with those issues. After a suicide, there is no magic pill that can make everything better. The pain suicide leaves is like a scar. It’s an open wound that will never fully close or heal. For a long time, I walked that very fine line and had one foot planted firmly in anger and the other testing the waters of forgiveness. For a long time, I didn’t know which way to go.

No matter how much I fight it or curse it, I now know that I will never get my old life back. All the anger in the world isn’t going to bring my father back, and I can’t change what he did, no matter how much I disagree with it. But I’m learning to say to myself, “That’s OK. I’m doing the best I can with what I have today.” Even though my life still feels like a jigsaw puzzle sometimes in which the pieces don’t quite fit, I’m in a good place right now. Last Christmas, my family and I spread some of my father’s ashes on the sands of the Gulf of Mexico. As my mom lifted some ashes from the shiny oak box, I watched as the wind and waves blew them out to sea. Somehow, I felt like my father was looking down on us, in his classic red-and-white checkered shirt, and smiling at us all. Part of me even expected to see a 3-year-old girl holding tightly to her father’s20arms as they chased the waves to the shore.

And with those ashes also went some of the weight I’d been carrying on my shoulders and in my heart for the last 3 years – the weight of the anger and of wanting my old life back. True, I’m still carrying some of it, but I’m slowly learning to let it go.