There are two months out of the year I’m not too keen on living through. One is March, obviously, since that is the month in which my father committed suicide, a month that still, almost seven years later, smells the same, looks the same and all-around feels the same as that cold day in 2003. The other month is November; well, actually, it’s more like a single day. November 21 is National Survivors of Suicide Day. Over the years, that’s what I’ve learned to embrace – the fact that I am, indeed, a survivor. But, make no mistake. It took me six long years to get to this point, and this isn’t really the ending point, either. It’s more like a rest stop on this long highway I’ll be on for the rest of my life.

The day he died, I vowed that I would never, ever contribute to the horrible stigma of suicide that pervades our society. That’s part of the reason I wrote this piece in the first two years after his death. I wanted to heal, yes, but I also wanted to people to know – to feel – what experiencing the suicide of a loved one is like. My father was a great man, but he left his family. I know I’ll never get over that, but I feel compelled to tell his story – to tell the truth, even in its painful moments.

This is my story; for those who have also lost a loved one to suicide, you’ll be in my heart on November 21. Look for Part II tomorrow 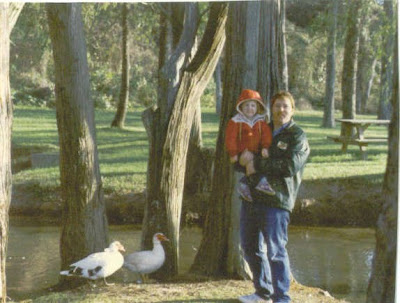 “Is he breathing?” were the only three words I could stammer as I lay curled in my bed beneath thin sheets on a cold March morning. Although icicles hung from the window panes outside, the air inside felt heavy and smothered me like those bed sheets. I gasped for air, futility peeking through my bedroom door left ajar, hoping to see beyond the slit of light now dancing across the ceiling. A few moments later, the eerie silence grew all too loud. On the other side, my world was changing. In one fell swoop, my father ripped the only life I’ve ever known from me when he chose to end his not 30 minutes earlier. And all I could do was lay there, helpless and scared. After all, my father took my legs with him.

Following a series of massive nosebleeds the previous November, my father was admitted to the hospital for tests that revealed a marble-sized tumor wedged inside his nasal passage. And it was life threatening. Cancer. It’s amazing how a simple six-letter word can at once both petrify and anger you. My father – a healthy, vibrant man of 51, with those sparkling green eyes, the distinguished auburn hair and the sort of chuckle that reminded you of Santa Claus – had just received news that thrust us into once again into a world of bleak hospitals, medicines we couldn’t even pronounce and a level of uncertainty we never felt before.

The day before Thanksgiving, my mom, sister and I gathered around a small, wobbly table in Loyola University Medical Center’s waiting room. My dad had just gone into surgery not 30 minutes ago, but the cold, unfriendly waiting room seemed to make time slow to a screeching halt. People came and went; doctors came to talk to other families. But we just sat there.

Finally, we were led down a sterile hallway to his room in the ICU. There, I stood face-to-face with a man I’d never seen before. It was my father lying in that bed, but it wasn’t the man I knew. The bed engulfed him, wires came from every direction and layers and layers of bandages covered my father’s head and eyes. It was almost one of those sights that make you think you’re watching a movie, but then you’re thrust back into reality and you realize that it’s all real. All of it.

That evening, the three of us came home to an empty house, and it was quiet. Eerily quiet. It had been the first time my dad had been separated from us, and it felt very disconcerting. The weight of the dim house barred down, and the darkness seemed to morph into a light, illuminating even the tiniest reminders that we were alone. Everything lay as we left it when we dashed out of the house the day before. The pile of dirty dishes in the sink. The magazines draped across the coffee table. Even the blanket spread acros s the couch that my father used to warm himself up during those cold Midwestern winters. 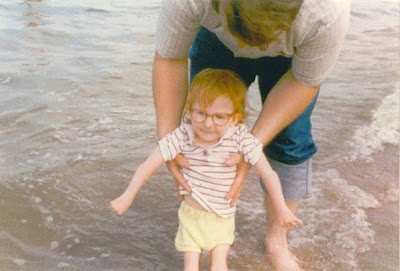 We were all stunned and exhausted from the day, and none of us had much to say. So we went to bed. We thought maybe if we went to sleep, we’d wake up the next morning and find this was all a horrible nightmare.

But the nightmare ensued over the next several months. Because of the severity of the cancer and its recurrence rate – most people didn’t survive beyond 18 months – doctors ordered a rigorous combination of chemo and radiation. For the next 2 months, my mom and dad traveled 70 miles one way, 5 days a week, so my dad could have radiation in the morning and chemo in the afternoon.

By early March, our lives finally resembled at least a bit of normalcy. With the treatment just ending, we were all in “waiting mode.” But I remember sensing a change in him for some reason, a change that went beyond “just being tired.” He was different somehow. I couldn’t quite put my finger on it, but I knew something just wasn’t right.

“Father doesn’t seem like himself,” I told my mom. “Doesn’t he seem off to you – like he’s more depressed or down or something?”

“He’s just been through 6 weeks of treatment. He’s tired – this is what we should expect,” she said.

Even my father reassured me that he was fine. In fact, that night, he was more cheerful than I’d seen him in a long time. It was as if he was back to his old self, like a light had turned on in his brain. My mom made lasagna, and my dad ate a full plate – and asked for more. This was the complete opposite of the soup and yogurt diet he had been accustomed to during the treatment. We also played a rousing game of Uno that night. We were big game players, and my father sat there grinning from ear to ear.

“Let’s play one more game,” he said. He was content. And for the first time in a long time, so was I.

The next day, on a cloudy Monday morning, my father had an eye doctor appointment. My mom told him to get ready while she took20my sister to school. Clad in blue penguin pajamas that made him look so small, he kissed my mom goodbye like he did every time she left the house.

My dad then came in my room to check on me. Being half awake and groggy, I felt him pull the blankets up around my neck. This was something he used to do when I was a child.

“You go back to sleep, Rosebud,” he said, using the nickname he’d given my sister and me.

He lingered for a moment at the door like he never wanted to forget how I looked at that very moment, and then he quietly left the room. That was the last glimpse I would ever have of him.