Hello, friends, we’ve got a double dose of goodness today: a peek inside the mind of a man and an expert! Mark Brooks, publisher of Online Personals Watch, was kind enough to give me the inside scoop and re-affirm my love of geeks! Hope you enjoy!
*Note: Yay for social awkwardness!* 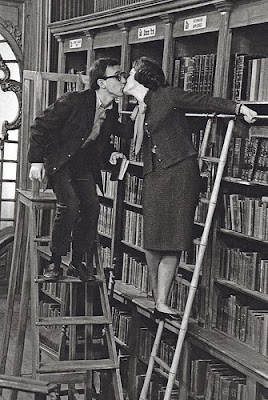 Why have geeks suddenly gained such credibility now?
In the past, there’s been a stigma about geeks that has made them unpopular to some people. However, geeks have always had credibility for people who are not entirely hung up on superficial categorizations. Some people look more towards the all American or the jock type of guy when looking for a partner. They look at them and think alpha male. However, they eventually find out that broad shoulders or a good style will only get you so far in a relationship. Women have traditionally dated the cool guys and then sought comfort and understanding from their geekier friends when Mr. Cool turns out to be a dud.

Sadly, it isn’t so much of a self realization that has made women more open to geeks, but pop culture. With our reliance on technology, it’s good to have a geek around. One major retail chain even hails the existence of their Geek Squad. There’s also the concept that you can turn a geek into something more. Take a look at Patrick Dempsy. To millions of people he was the geeky kid on the lawn mower in “Can’t Buy Me Love.” Now he’s “McDreamy.” A few years, a better tan and a set of hand weights and you’ve got a whole new man. With Mr. Cool, what you see is what you get, but with a geek, women often times see potential

Why have they been avoided as potential dates in the past?
In the past, geeks have been avoided by some because they have been considered weaker and more social awkward than cooler people. There’s also been the concern from “normal people” that they just don’t have anything in common with geeks. Thankfully, much of this stereotyping is starting to erode. 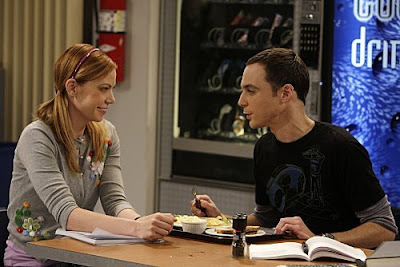 What can women gain by giving a geek a chance?
The first thing you have to consider is that women have the same thing to gain by dating a geek as they do in dating a “cool person.” After all, geeks are people too, right? So first off, women have the chance to meet someone they can build a great relationship with. That said, there are certain advantages to having a geek on your arm. For example, geeks who have been written off by people in the past because of social status, tend to be much more tender and accepting partners. They look below the surface and are more interested in who someone really is instead of whatever they are tagged with by society. For the most part, geeks are not players. In fact, they are the anti–player. Most people in relationships with geeks tend to find that they feel more like they are in a real partnership than when they were dating Mr. Cool. There’s more of an interest in connecting on both ends and that leads to a much more attentive partner and a greater feeling of security in the relationship. Also, they tend to be pretty handy when it comes to fixing computers, or messing with high tech gadgets.

What are the best hot spots for meeting a loveable geek?
Well, as anyone could tell you, geeks like to hang out under stairwells in dark alleys where they can roll their 12 sided dice in relative peace and tranquility while they eat their cheetos and drink copious amounts of Mountain Dew. OK, seriously, where would you find a geek that you’d like to date? Probably some place that you’d already want to go to. Geeks have many interests. They don’t all huddle up in basements and comic book stores. They go where there is art, intelligent conversation, creativity…you name it. You might find one in the bookstore, or maybe at a gallery exhibit. You could find the perfect geek on the elliptical next to you at the gym, or even standing next to you in the produce aisle… believe it or not…they are everywhere. 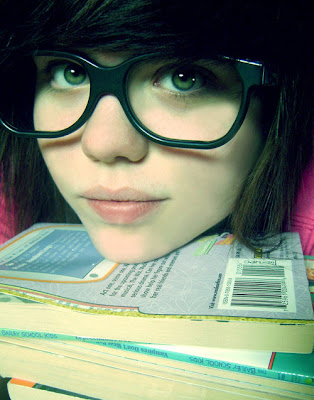 Is there anything else you think I should know?
Yes, I think it is important to know that the concept of categorizing geeks vs non geeks is not really valid anymore. In fact, it stopped being valid several years ago. There’s an endless number of the types of geeks in the world. Sure, some are socially awkward, but there are plenty of awkward jocks out there too. Do you spend tons of time on myspace or facebook? Do you twitter about every last detail of your life? Do you play Guitar Hero or enjoy kicking your friend’s butt in Wii bowling? Guess what. You just might be a geek too.