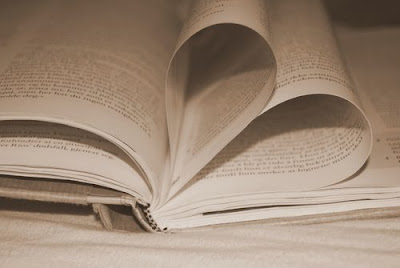 I wanted to take a moment to share some “Intel,” I suppose we’ll call it, I got about you. When my blog friend Amanda sent me these questions about none other than you (which is crazy to think about since we haven’t even met yet, isn’t it?), I realized something: I have zero expectations for you. OK, I know. It sounds really bad, but if you think about it for a moment, it’s quite a beautiful thing: I’m so open to meeting you and excited to see how this whole journey pans out. I’m going into it with a fully open mind.

I hope you enjoy these thoughts about you – someone I’ve never met, but look forward to the day when we do!

At what age did you first become interested in men?
If you know me, you know I’ve always been a bit, well, boy crazy. Maybe that comes from never having experienced actually having a boyfriend; you’re just dying to experience for yourself what everyone else has experienced, you know? I remember my first crush was in elementary school on a classmate named Spencer. I pretty much just sat there and made googly eyes at him from afar, which, ironically, isn’t all that different my M.O. these days!

What type of man will hold your attention and why?
I honestly don’t have a type physically. For me, it’s all about the personality. The guy can be the hottest guy in the world, but if his personality is, well, less than desirable, I won’t stand for that. As I’ve always said, the brain is by far the sexiest organ in the entire world. If you’ve got that mind connection, there is nothing more passionate, more beautiful. Also, I get weak in the knees for a guy who is sensitive, a family man and can make me laugh. I met this guy about a year ago, and still, every time I see him, I smile, because I know he’ll make me laugh. If you can be comfortable howling with laughter with someone, that’s a rare and pretty special bond. I’d be content forever in that case. 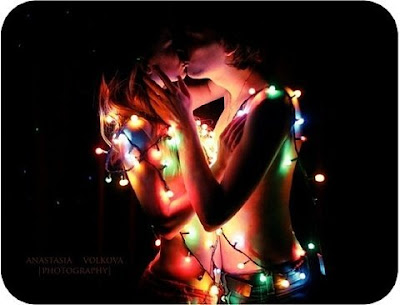 Do you believe that many men overlook you as more than a friend due to your disability? If so, how do deal with that?
People have said I use this excuse as a crutch, but frankly, it’s neither an excuse nor a crutch. It’s the honest truth. It seems like men have no trouble being friends with me, but it would never in a million years dawn on them that perhaps, maybe, I could be the girl they have something more with. I’m not sure if they’re afraid to take the next step or are just oblivious to my sensual batting eyes, but either way, I seem to repel them faster than the swine flu these days.

What is attractive in a man to you?
A man who doesn’t give a damn what the world thinks, who is comfortable in his own skin, who is intelligent (yet not elitist in his knowledge of his intelligence) and someone who makes me feel safe (yet not in a macho, that-girl-can’t-take-care-of-herself sort of way).

With your disability – when you meet your Mr. Melissa Blake – what will you have to teach him about special adaptations he may have to learn to be with you?
You touch on a good point here. I think part of the reason a lot of guys don’t see me as “girlfriend” material is because they’re afraid that the relationship won’t be “normal,” however they define that inane word anyway. Honestly, there aren’t really that many adaptations. It’s not like you have to have the Golden Ticket to be with me (though you’d probably feel like you won the lottery if I was draped on your arm). I’m a normal girl, really. Granted, I can’t do rock-climbing or skiing or other activities like that, but some people don’t care for those activities anyway, and in those instances, men don’t see that dislike as a dealbreaker. I’m actually pretty self-assured and self-sufficient. Boys, is that what’s scaring you away? Is it that you can’t handle the fact that a woman with a disability isn’t somehow homebound and in need of constant care? 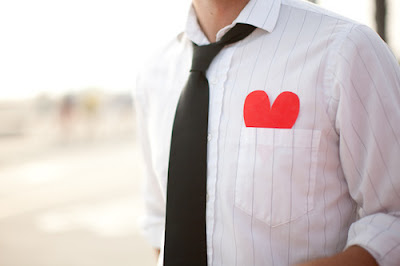 How do you picture your soul mate’s first reaction to seeing you will be?
I’ve actually thought about this a lot. I’d love for it to be like in one of those classic black-and-white films, where the entire world stops and the two of you run across a crowded train platform and into each other’s arms. But knowing me, it will probably (and hopefully!) go something like this: I say something awkward, do something completely dorky or accidentally actually run the guy over. I’ll admit I’m a complete klutz, he’ll find that utterly irresistible and we’ll live happily ever after.

What expectations do you have for your Mr. Melissa Blake?
I’d like to think I have the same expectations for him that he’ll have for me: respectful, open, honest, a bit awkward (how hot is that?), humorous and of course, charming. Because, frankly, I KNOW I’m going to charm the pants off Mr. Melissa Blake – not literally, though, of course, until we’re married. I am a girl with morals and standards, after all.

How do personally you define “sexy”?
The brain is the sexiest thing in the world. Connecting on that level with someone – where you’re so in sync – can be so powerful and magical. 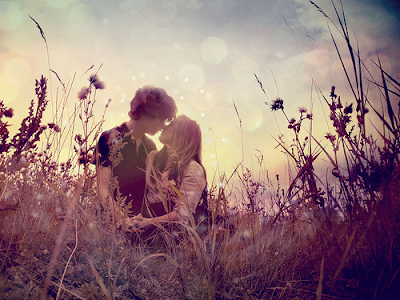 Do you believe in compromising in a relationship and marriage?
Compromising on day-to-day things? Yes. Compromising who you are and what you believe? Never. I’ll never change myself to fit someone else’s vision of me.

How do you picture your Mr. Melissa Blake?
It’s funny, but I don’t have a clear picture in my head of him. He’s always been this sort of fictional mold to me, and when I do meet him in the flesh, he’ll fill out that mold, changing it to suit him. Does that make sense? Ever since I was a little kid, I’ve always said, “I wonder what my future husband is doing right now. I wonder where he is.” It’s strange to think that he could be as far away as Japan, or as close to home, as well, my hometown. Who knows? We could be seeing each other every day now, and I don’t even know it. It’s that sort of elevated anticipation that makes the journey to him – and his journey to me – so exciting.

What would you never do for a relationship?
I would never abandon my love for ALF, no matter how much Mr. Melissa Blake protested. If our marriage should end in divorce, I know ALF will be there for me.