Hello, friends! So I’m sure you all remember my recent quest to become the next Bachelorette. You know, the letter where I state my case, giving the most obvious of reasons why I’d make the perfect gal for the next season: 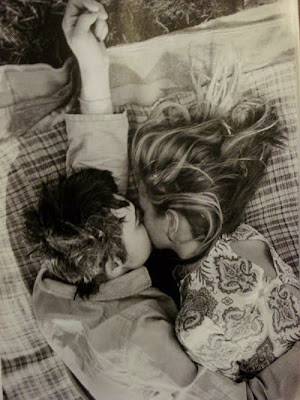 I’ve experienced my fair share of life in my 27 years. Born with Freeman-Sheldon Syndrome, a bone and muscular disorder, I’ve had 27 surgeries, spent birthdays and holidays lying in a hospital bed and spent thousands of hours sitting in stark-white doctors’ offices. My only solace was the fact that many of those young doctors were quite charming and handsome, and maybe I did fall for a few of them, though, having taken quite a few psychology courses in college, I knew deep down that it was all just a case of transference.

But what haven’t I experienced? My first kiss. My first date. My first boyfriend. All the things I’ve listened to my peers shriek – and cry – about is something I have only glimpsed from afar. That’s not to say I’ve never been in love. I have. Quite a few times, actually. But where others let their own flaws and insecurities serve as an obstacle to love, my physical disability has served that purpose for me.

My story and honest voice would go a long way toward squelching some of the stereotypes and misconceptions people have about women with disabilities: That they don’t have the same needs and wants as able-bodied women and that their disability somehow takes away from the fact that they are, first a foremost, women.

And I’m sure you’re equally salivating for an update. In my naive mind, I thought ABC would pounce on this the moment they heard of me, but I think something (or someone — another jilted bachelorette, perhaps?) has disconnected our signal. Surprisingly, I haven’t heard a peep from them. Despite my column. Despite my email. With my luck, they probably put me on some watch-list or blacklisted me, fearing my strength, persistence and otherwise disarmingly charming personality, sense of humor and captivating eyes.

That’s where you come in, my dear readers. Like General Sherman’s March to the Sea during the Civil War, like Greg Brady and the Brady Kids, I need an army behind me. As it turns out, the show is having a casting call in Chicago next month. How serendipitious!

As I mull over the possibility of attending (hey, if nothing else, at least I could size up the competition), I need all your collective strength. Care to share your thoughts with ABC on why I should be the next Bachelorette?

After a little digging, I found a nomination form and online application.

OR, if you wish, you can contact ABC directly – convenient, isn’t it? And thanks to my handy-dandy journalist detective skills, here’s the email of the ABC Media Relations head honcho: patrick.k.preblick [at] abc [dot] com

Oh, and here’s the official address of Bachelorette Headquarters:

Let’s spread the word and change the world, shall we? Who’s with me?

[Photo via captivate me.]