Well, my friends, I received quite the response to last week’s Mind of a Man debut. In fact, my twitter friend, John was so moved (well, maybe moved isn’t quite the right word) that he submitted this piece within three days! Yeah for a man who isn’t lazy. Here’s his story – what do you think? Me? Oh, I can identify with this guy. I think he just might be my male counterpart. 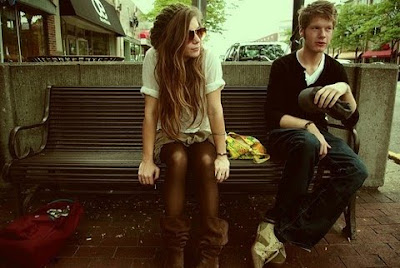 Do You Know That Feeling? The feeling of being in love? Of course you do. We have all loved and have been loved by various people in our lives. You may even be in love right now with a significant other whom you have swept off their feet and subsequently dropped on their ass now and again. After helping them up, brushing dead leaves off their butt, and apologizing profusely, you both smile and smooth things over so your relationship may live to see another day. Yet this is not the feeling of which I speak.

I am talking about that feeling you get when you peer across a crowded Denny’s while sipping your morning coffee and waiting for that Grand Slam with extra bacon and, suddenly, you are staring directly into the eyes of the person sitting at table seven. You feel an instant connection – as if you were meant to be in that very booth drinking that very watery cup of coffee at that very moment, just to meet that very person. Call it fate. Call it kismet.

I call it scary shit. 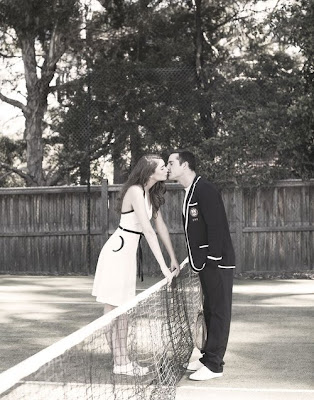 When I was 13, I met my first love and arch-nemesis. We were both in the Music Program in high school. She, a senior in the Color Guard. Me, the freshman first trumpet. Despite the fact that she had laughed harder than anyone else (to tears as I recall) when the drum major referred to me as “that fat shit,” I was so taken with her icy blue eyes, naturally curly golden locks and her ample hips, that her poisonous attitude and piss-poor outlook on life were lost on me. She, apparently, didn’t find me overly attractive, but was smitten with the idea of mothering and molding a pre-teen into the perfect partner. After nine years and nine months of the most f**ked-up codependency ever, there was dissent, some cheating, and we ultimately ended up on the left side of the pie-chart depicting the marriages that end in failure. We were married for eighteen months.

Since I had only one relationship for all of my teen and adult life, I was really unsure how to move on. This woman was all I knew. She was my identity. Sure, I couldn’t stand her, and I lived in a never-ending cycle of abuse, but she was permanence in my otherwise tumultuous universe. Now, I had to join a world of dating and awkward first kisses and etiquettes that I didn’t know or care to understand. I was armed only with the knowledge I was able to glean from a relationship that could be dubbed toxic at best. How could I be sure I would not fall into these familiar patterns of abuse and hatred yet again?

This is why that special moment that so many people describe as “fate” or “destiny” or simply “love at first sight” can never again exist for me. How can it when, besides concerns of abuse, there is so much compatibility to consider?

*Can she drink as much as me?

*Can she hold intelligent, high-brow, conversation?

*Can she deal with the fact that I simultaneously snore, talk, gesture wildly, and fart in my sleep? 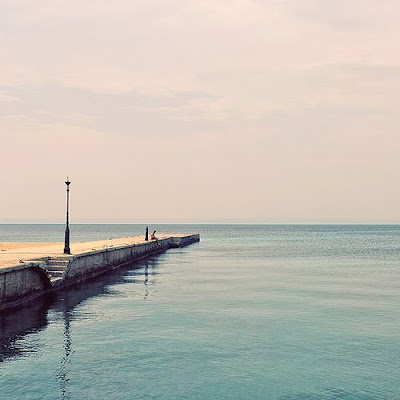 All of these things were important to me (although flexibility is not really a requirement. It’s more like sexual icing on the relationship cake). I had taken a vow on the day my ex-wife told me she wanted a divorce. Never again would I compromise my emotional needs and feelings for someone else. With this need for self preservation, my newfound self awareness and confused sense of self, it would never be possible to spend the proper amount of time dating through all the potentials and could-be’s. There had to be a way to get right to the actuals and should-be’s, no?

My friends had differing theories. Some suggested I should enjoy as much alone time as possible and really get to know myself, and in turn I would discover what I really needed in a partner. Others suggested I date around and really get to know what I want in a life partner through practical example. All of them suggested I have tons of loose relations and add a few hundred notches to my bedpost. It appeared that everyone I knew was an expert on loneliness, relationships and sex.

Not only that, but almost everyone had a cousin or sister that could really use “a night out” and there were “no expectations,” and perhaps I could help out one female friend by “giving her an orgasm” with “my tongue” with “no pressure or strings attached”. . .

[Editor’s note: His words. They don’t necessarily reflect those of this blog’s author]

But the pressure was mounting. My family was concerned that I was spending too much time alone. My closest friends were concerned that I had become incredibly depressed, and therefore called my ex-wife to consult with her on the best course of action in order to assist me through this funk (note: this was the most ill-conceived idea ever. Tuck that away for future reference). And I had one female friend who was acting as a caretaker and hoping to slide in as a surrogate wife just long enough for me to be comfortable with the idea of her moving in and somehow “ending up” in a relationship. The one and only place I was able to focus and be myself was work.

Enter Amanda. Amanda was my desk agent at the hotel I was managing during my divorce. Unlike everyone else in my life, Amanda did not offer advice. Amanda did not try and set me up with anyone. Amanda did not cook and clean for me. Amanda was simply Amanda. I found this lack of adjustment on her part to be refreshing and I spent more time at work – especially during Amanda’s shifts. I could talk to Amanda when it came to just about anything, and she wouldn’t question whether or not I was taking care of myself or if I was happy. She was my employee. I was her boss. It was a clean cut, no frills, arrangement.

I hung out with Amanda a few times, and we both realized that over the year that we had worked as peers, we really had gotten to know one another. We shared similar tastes in music and had similar views on life. I realized that I was lucky to have such a good friend on such a serendipitous basis. One night, she came over to my place and hung out for a while and had a few drinks with a couple of people. After everyone else left, we drank some more and listened to music. We sat in the candle light on my empty living room floor and laughed while we shared stories and secrets.

For the first time, I noticed the depth in her eyes, the warmth in her smile and the sheer beauty in her heart. After an hour or so, she excused herself to use the bathroom. I watched her walk away, and I found myself staring at the door and smiling. My smile broadened into a toothy grin. Without warning, I had my equivalent to that happenstance-glance across the crowded airport terminal or into that taxi cab. My heart swelled. I stood, dropped my glass, and said:

I stood, dumbfounded. She came out of the bathroom and right then and there I told her. She smiled, wide eyed. I took her by the waist and we slow danced right there in my living room. 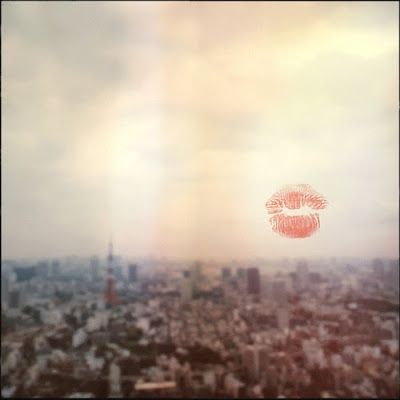 You know that couple that everyone hates? The one that is usually in the “new” phase and all gushy and rife with public displays of affection? Eight years, a marriage and two children later, we are still that couple.

If you believe in love at first sight than you had better chase down that plane, cab or subway car to find the one who set your heart aflutter. Just remember, if you ignore the people right next to you, the people who know you best, you could be missing out on discovering the most wonderful, understanding, and beautiful person you are destined to meet.

[Photos via We Heart It and Captivate Me]