MEMORANDUM
TO: Men all over the planet
FROM: Melissa
RE: The bad Crazy
DATE: September 9, 2009 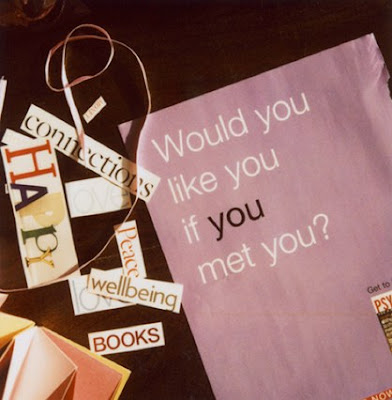 Here’s the elusive second part of our deep analysis. Yesterday, we discussed (the great things we love about guys).

But let’s be honest here: There’s stuff we just either don’t understand or can’t stand – sometimes both. Like the above photo says, you have to ask yourself: Would you like you if you met you?

So what is it that drives you the-bad-kind-of-crazy about guys? Check out my top picks.

A man who is completely clueless
OK, maybe that’s a bit of an exaggeration. But is it just me, or do they have some sort of neurological defect that makes them incapable of processing the blatantly obvious signals we send them? I’ve sometimes considered hiring a sky writer, but figured that wouldn’t even get their attention either.

A man with a VERY limited vocabulary
Some advice: Guys, buy a dictionary and thesaurus. There’s a whole world of new words out there – words you most likely can’t even imagine – beyond the convenient yes, no and uh-huh. I’m getting increasingly irritated with their one-word or abbreviated-word answers.

A man susceptible to my blatant invisibility
No matter how many times a guy says my disability doesn’t matter (not that I’ve even heard that, by the way), I can’t help but feel like those are the emptiest words in the English language. It’s so often so easy to say anything, but when push comes to shove, would they still act upon their word? That’s a pretty tough question, if you ask me. And what’s sadder is that it’s a tough question.

A man who insists the fate of the world rests on the outcome of a video game
Yeah, I know the allure. I once felt like that too. When I was 10.

A man who is deeply, forever, eternally in love…with himself
I’ve known one too many of these types for my liking. They’re the ultimate narcissist, and frankly, it’s not a very pretty sight. They talk on and on about themselves and rarely, if ever, ask you anything about yourself. My psychological analysis is that they’re desperately trying to overcompensate for some deep-seated insecurity; maybe they didn’t get enough love as a child? Who knows. More importantly: I don’t want to know, thank you.