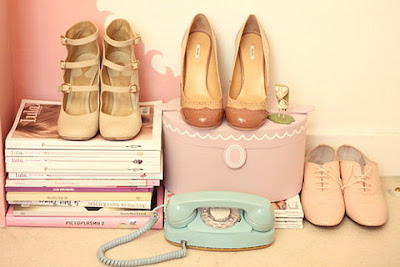 Tiffany was a smart girl, don’t you think so? Strangely (and sadly?), I have far too much long-term experience in this purgatory-like state of perpetual, endless limbo and pure torture – OK, not really pure torture, more like metaphorical torture (but couldn’t that be worse sometimes?). It’s painful enough trying to get over your first love if you two were actually together, but there’s a silent majority (we sometimes cry ourselves to sleep on our pillows while others of us Google Voodoo Dolls; I don’t do either of these. I promise) that’s often overlooked. And of course, because I’m never one to go with the crowd (and that’s a GOOD thing, make no mistake about it), I fall into that silent majority category. We’re the lovelorn who are trying to get over that “could-have-been” relationship. And before all you literals get on your bandwagon (ironically, that bandwagon is probably a metaphorical one, although. who knows…maybe you do actually own a wagon) with your “Why should we feel sorry for yous” and your “HELLO, you were never actually in a relationships,” let me just say this: Sometimes, usually most times, your heart doesn’t know the difference. All it knows is that those pains it feels aren’t from eating the DQ Blizzard you ordered to soothe your emotions. Because to you, whether crazy-in-love or just plain crazy about someone, what you felt was real – regardless if the other person even knew of the pivatol roll he played in things. 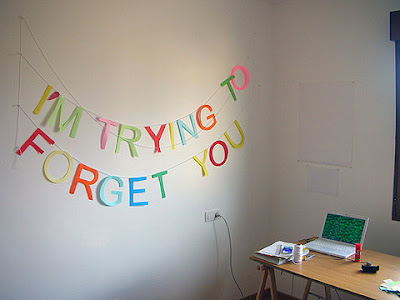 It Could Be Stopping Me From Finding My True Love
When I posed this question on twitter last week, someone immediately replied, saying “Because holding everyone to the standard of your first isn’t fair; first-times are unique.” I couldn’t agree more. Whether you do it consciously or not, every post-first-love relationship (or, could-be relationship; let’s not forget us in the silent minority, remember) will be measured against the yard stick of The First. Maybe he’s a vegetarian (First Love made the best steaks on the grill). Maybe he is a tad too helpful (First Love saw your (read: me) independence despite your disability as empowering). I fully admit that I did – and still do this – on a conscious level. And maybe that yard stick isn’t even a realistic one, which brings me to…..

The Reality Will Never Be As Good As The Fantasy
We have a tendency to put our first loves on a pedestal, as if they were the real-life David statue. The only problem with this is that we end up comparing (even the fantasy) to every subsequent guy, every subsequent relationship, every subsequent everything that has anything remotely to do with our quest for love. But we can’t do that if we’re comparing a human – a perfectly good human – to some unrealistic image we’ve created in our head. Sorry, but we’re never going to find it. I can’t stop thinking of what could be – how our life could be together, how he would one day come to his senses and sweep me off my feet, how we’ll grow old together, sitting on the porch and sipping lemonade. Because, frankly, I’m sure that even that fantasy will turn sour in the end. And I don’t want to be left with that bitter after taste. You can’t change a person into who you want them to be, and it’s not fair to measure him (yes, I think we all know who I’m talking about here) him to that image in my head – an image I spent 13 years crafting and tweaking to my liking. MY being the key word here. Because, eventually, we’d just both end up being miserable and resenting each other.

I’m never going to be able to be me – and be happy with being alone
It doesn’t take much work to be single. I’ve been pulling the trick off effortlessly for many years now. What does take work is not trying to fight being single and learning to become comfortable with yourself – alone. You can’t do that if you’re chasing a hopeless fantasy. You may think you’re running toward something, but really, you’re just running away from yourself.

It’s a slippery slope to rabbit-boiling (or butterfly-net) territory
I couldn’t have been more than 10 years old when I saw that fatal movie, Fatal Attraction, and came to this realization: The line between remembering and obsessing is extremely thin and blurry when it comes to love. You don’t want to be known as that woman because it’s just like walking around with a giant bullseye plastered on your forehead. Trust me. It’ll send all potential new loves scurring away – far, far away.

You’re not the same person you were then
Believe it or not, that’s a good thing. I’m not the same person at 27 that I was at 13. Life changes. People change, so just because it seemed so Stepford-y perfect back then doesn’t mean it will automatically translate to those same rushes of feelings years later. That, I’ve found, only happens in Lifetime movies.

On second thought, maybe I should just take the advice of another twitterer: “You’ll be ready for Prince Charming if you’re over your first love. Or, the cute guy at the bar that wants to buy you a drink.”

Good call, but can you make mine a root beer, please?

[Photos by The Cherry Blossom Girl and ffffound]