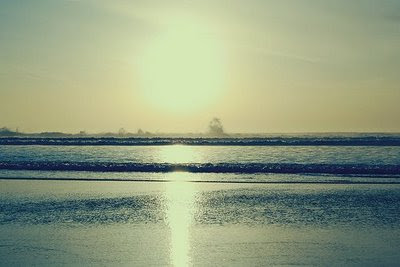 It’s come to my attention (though does that phrase apply if you yourself brought it to your own attention??) that while I espoused the hard, cold facts about my disability, Freeman-Sheldon Syndrome, I’ve never made a list of my greatest moments, so to speak.

I’ve been a bad writer. The first thing I learned in journalism school is that there is always a face and a life behind every statistic. So here’s my attempt to “humanize” my own story. Hope you enjoy it.

The names have not been changed. No one is innocent. Ever.

1. I had my first surgery at 10 weeks old. I don’t really remember that one.

2. I’ve had 27 surgeries, the most fun ones being the ones involving an Ilizarov. It was like a giant brace, only with pins inserted into the bone that you twisted every day to straighten my leg. I usually spent about 3 months in this thing. My parents were one of the first parents to be allowed to take me home; most kids had to stay 3 months in the hospital (oh, the glory days of health care).

3. Apparently, my orthopedic doctor thought I was a superhero because when it was time for said Ilizarov to come off, he just took it off in the office with me awake (most people go into surgery for this sort of procedure). Toward the end, my doctor also had so much faith in my family (read: I screamed one too many times) that the last time, he let my father remove the whole contraption. In the office, of course.

4. When I was 12, I suddenly became unable to swallow food. I endured six months of tests (advice: if you ever require an endoscopy, request to be heavily sedated), doctors discovered I was suffering from a Basilar Invagination. Translation: No, it’s not an STD. The doctor “experts” who fused my spine two years prior only fused the bottom half. Hmmm, that’s OK, right? Yes, if I was done growing. As I grew, my spine grew up into my brain stem and compressed it. It was my mother who ordered the MRI on the hunch that “it just might be something neurological.” Smart woman, huh?

5. During those six months, my weight plummeted to 49 pounds. It was a quick way to learn that blended food is not necessarily good food. Tip: A McDonald’s cheeseburger tastes exactly as it sounds.

6. The 13-hour surgery did cure me, but not before I had to be outfitted for a halo-frame (a sturdy contraption of pins screwed into the skull to hold the head still while my wounds healed) awake as the doctor kept telling me, “Don’t open your eyes.” Don’t worry. I didn’t.

7. Oh, and did I mention that my brain stem was under so much pressure that when the neurosurgeon decompressed it from the spine, the little thing vibrated for some 10 minutes. YOWZA! I should get in some book of World Records for that!

8. I tended to be an obstinant little thing in school, especially with my physical and occupational therapists. It wasn’t my fault; they simply didn’t know what they were doing. I need a stool under my desk so my feet wouldn’t dangle? Nope. The second the therapist would leave, I’d kick that thing out of the way.

9. I once spent 31 days in the hospital as the result of a post-surgical infection. I was hot – 106-degree fever, to be exact. Still, I’ve developed a love for hospitals….oddly, they calm me. My dream vacation: A weekend in a hospital bed, a television and a free bag of I.V. fluid. I’m starting to relax now just thinking about it.

10. I’m a big fan of ventilators. As I told my mother the other night when we were watching House: “I love ventilators. They do the work of breathing for you.” The fact that my orthopedic doctor always said I was a bit lazy doesn’t have anything to do with it…I think.

BONUS! BONUS!
11. It’s just about the hottest disability there is. It’s like a high school’s most popular clique. Everyone wants to join, but only a select, distinct few are chosen.

I know, I know. You’re jealous, but at least try to contain it.