MEMORANDUM
TO: Men all over the planet
FROM: Melissa
RE: Beware of my awesome strength
DATE: August 26, 2009 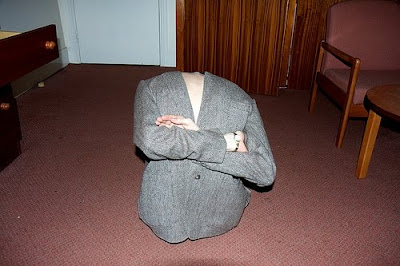 Apparently, I’m quite the intimidating creature…and apparently freakishly strong as well. Yesterday, I asked David (who by the way, is pretty cute and charming) of The Rest Is Still Unwritten (coincidentally, his blog is pretty cute and charming as well) why on Earth he never accepted my Facebook friend request. Was I not worthy? Was it me? He replied, and this is in his exact words:

Yes it’s you. You intimidated with me your freakishly strong arm wrestling skills & now I’m frighten I’ve met a girl that could kick my ass! 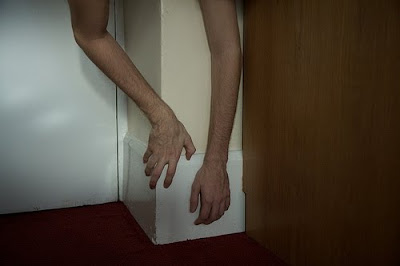 I just had to laugh, almost outloud, though I had to surpress the laugh seeing as I was sitting in the dead-silent computer lab and I have a (freakishly loud laugh; my sister says it’s more of a cackle, but that’s a blog subject for another time)

But, the man does have a point. Yes, sirs, you are damn right. I could kick your ass into next week. Maybe even into the next galaxy. What I love about my disability is that it’s given me some serious upper-body strength. I can be anyone at an arm-wrestling match. Anyone. I’ve got muscle, which sometimes makes me a bit awkward (well, more than my standard awkwardness anyway…), but I’m figuring it could come in handy in qualifying for the US Olympic team if they ever create an arm-wrestling event.

So, boys, remember this: Don’t let my small size fool you. Ever. I may be small, but the upper half of me can blow you away. What do you think of that? POW!

Be sure to look for David’s guest-post on So about what I said… coming soon. Maybe he likes being intimidated by me? Who knows.