Reader discretion is advised: It’s 6. In the morning. I awoke at 3:40 a.m. Therefore, I can make no guarantees for the coherence of this column. Read at your own risk. And to those native Arizonians – I apologize for my strong language. But certain things desperately need to be said. 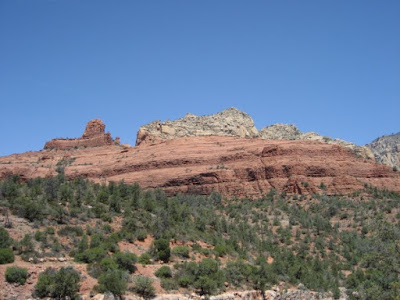 My cast of characters on this adventure include: A lover of worry stones (said lover spent nearly 30 minutes picking out the perfect rock in the 110-degree heat). A disgruntled corporate worker (whose place of employment shall remain nameless) who must drink loads of caffeine before each vacation because she moves faster than the Energizer Bunny. And my mother, the Walking Warning Sign, whose long list of No-No’s include no dips in the hot tub, no eating food that’s been sitting out for more than 15 minutes and drink all day long to prevent dehydration. Or else.

They say America is the great melting pot. I respectfully disagree. I say airports are the great melting pot for the modern ages. In fact, I’m in one right now. No, not a melting pot. An airport. O’Hare International, to be exact. In a few short moments, I will be boarding a jet plane. A fast and furious machine that will swiftly transport me to what I’d like to call my Westward Mind Expansion Adventure. The West. The land of opportunity. I’ll smell the hot air and wipe the grains of sand from my brow for the first time. The heated summer months are ripe for travel adventures, whether the journey takes you by a plane, train … or even a sailboat. But with all this traveling, I can’t help but wonder: Is it in the rule books that the vacation doesn’t start until you’ve planted your feet firmly on the shores of your destination?

My journey to the hallowed halls of O’Hare and my airport thrills should certainly qualify as vacation. A pre-vacation much like the previews in the movie theater. A taste of things to come. In the early morning hours, we breezed down a still dark highway like a pack of wolves charging into the black night. The world blurred together as it got lighter. And lighter. The world was waking up and greeting the promise of the morning. I lay sprawled out in the backseat, my eyes half closed, and wondering why the sun seems so much brighter at dawn. I wondered if I’d even make it to the airport. My vacation could be over before the curtain’s even risen on Act 1, I feared. But thanks to my mother’s frantic rhetorical question of, “What if we’re late,” every two minutes, we casually pulled into the airport an hour later.

The airport. It’s always held such an air of allure and intrigue for me. Growing up, my family was the sit-in-the-car-for-eight-hours kind of clan. We’d pull into the hotel tired and crabby at sundown. From sun up to sun down. That’s how we rolled – literally. Not this time. We’re wiser now, and by 6:15 a.m., we were marching at a good clip through the airport. The sights and sounds were all too intoxicating. Every sense is heightened when you step into the land of planes. The floors reflected back in shiny, brilliant gloss as if they had just been polished. I heard the rumble of my suitcase wheels as it rolled over the floor. My arm – sore and bruised – stretched practically out of its socket by the time I got to the security checkpoint. I didn’t care. How could I live without this drug for so long? The high was palpable. The energy coursed through my veins. The airport is all about moving, yes. Running to the gate. Running to grab a trashy celebrity weekly. Maybe even running to the bathroom one last time before boarding. Just ask my mother about that one!

But if you sit down on those silvery cushy airport chairs, you’ll see the world around you. A strong and vibrant world. I’ve always been a people watcher – a keen observer of human behavior. Who are these people scurrying around, a maze of suitcases trailing behind them? What about the father with his two small children, who stare out the window in sheer amazement waiting for the jumbo jet to pull into the station? I like to think they’re embarking on a family vacation. What about the elegantly dressed woman with the flowing brown hair and shoes and handbag to match? Perhaps she’s off to a summer wedding. I don’t know about any of these people, but is that really the point? They all have a story – a life they’re living – and by chance, our paths collide. If only for a brief moment. As I sat there contemplating and creating extravagant lives for my cast of strangers, a loud booming voice echoed off the cement walls. It was time to board the plane. The rows of blue seats stretched before me, and I took my rightful seat on the throne of 7B. My mother and I fought to the death for the window seat. I won.

So for the entire flight, I looked down at the Earth as the plane glided at a steady 32,000 feet. My mother dozed off in the seat next to me, her head slumped back and her mouth hanging open. I think she was pouting. Little does she know she missed a great sight. The green pastures morphed into brown mountains, all the while the sun and blue sky blanketing the Earth in a giant hug. The world seems so vast from up above. Maybe even it has a story. Listen for the tale next time you’re soaring through the air. I’m sure it will have a happy ending. Addendum: Well, I guess all stories can’t have a happy ending. It’s now Day 4 of our adventure. In addition to my travel mates, there was me. The poor little weakling. 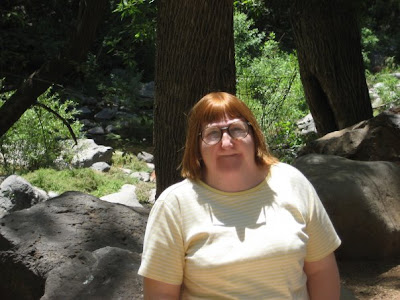 By Day 2, I lay sprawled out in the backseat – this time in a van – vomiting into a large blue towel. Apparently, Arizona and I don’t get along because I lay near death.

“I need to go to the hospital,” I whined in a heat-exhaustion haze. The trip had taken a down turn, thanks to the lovely state of Arizona, with its desolate desert and wall-to-wall mountains. I vow here and now that I will never again set foot on its red rocks or hug its prickly cacti. Never. See, even the desert has a story. 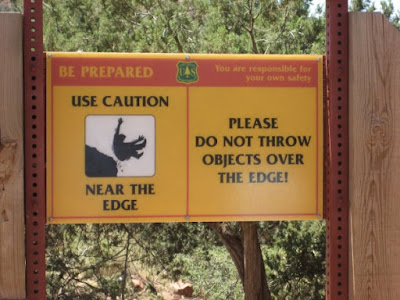