Editor’s Note: This is the first Valentine’s Day column I wrote as a newspaper columnist three years ago…

Dear Valentine’s Day: I’m sending you this note early, so as to beat the February rush. I hope you’ll take my words to heart.

Valentine’s Day and I have a love-hate relationship. We’re about to break up this time, though. Mr. Valentine, sitting there and looking all innocent with his sensual, piercing eyes, as if to say, “I understand you,” has broken my heart one too many times, making me promises he can’t deliver. I haven’t found a dozen roses blooming on my doorstep. I haven’t opened a gigantic heart-shaped card with an original love note tucked inside. And I certainly haven’t disclosed my inner feelings as we sip wine amidst candlelight and talk about our hopes and dreams until 4 a.m. He even taunted me in a dream a few nights ago in which I found myself at a cocktail party in a maze of couples, and I was the lonely singleton. Before he gives me the “It’s not you, it’s me” speech, I can’t help but wonder: Maybe it is me. Maybe I’ve become so fixated on being a hopeless romantic and finding “the one” that I’ve lost all remnants of my former, single-girl strength. Is it better to believe in love, or is it the wiser girl who can be strong and independent and take care of herself?

By the time I was four, I knew I’d have a lot to live up to in the love department. That’s because of a tale I’d been told so many times that it eventually took on mythical proportions.

Many years ago, my father decided to drive out to DeKalb from Lombard with his friend Chris to visit Chris’ girlfriend, Linda. By fate, Linda introduced them to her friend, my mother, a bright-eyed freshman at Northern Illinois University. Fast forward four years to my mother walking down the aisle in a beautiful white gown, ready to begin her new life as “Mrs. Blake.”

If my mom hadn’t set the bar high enough by marrying Zeus himself, she definitely placed it out of reach a few years later. I was raised on a steady diet of romance films. “Cocktail” when I was 7. “Pretty Woman” when I was 9 – when I still didn’t quite understand what Julia Roberts’ character actually did for a living. “Beauty and the Beast” when I was 10. And a crowning moment, “Jerry Maguire” when I was 15. 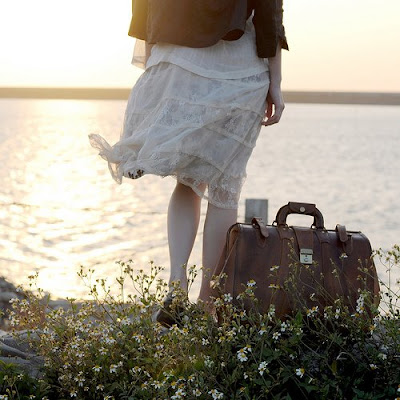 See, I grew up thinking life resembled a romantic comedy. As Julia Roberts, I would certainly play the starring role, and life would predictably unfold like this: Strong woman meets equally strong, yet sensitive man. Sparks fly. Calamity ensues: The man’s ex-fianc�/best friend breezes into town with some big news, and there’s a big chase scene. Strong woman finds her soft, gooey center just in time to lay her soul at the man’s feet and tell him everything she’s been feeling, dropping words like “soul mate” and “I can’t live without you” like so many message-inscribed candy hearts. Woman and man marry a year later and live out their days happily ever after in a beachfront cottage.

Only something went terribly wrong along the way; the tape must have broken in the beginning of my movie because I somehow never moved beyond the strong woman part. Cupid’s arrow never found me, and the lack of a piercing shot through my heart left me, well, a bit bitter and jaded. So I morphed into a feminist, minus the bra burning. Love hadn’t found me, so I vowed to stop frantically chasing some elusive childhood dream.

Yet, I still dipped one foot in the fire. I could feel myself sinking into the warm cauldron with the other hopeless romantics. I still wanted to believe – to feel – that my true love was out there. And in my world, where all the 20-somethings around me could easily couple up, I stood somewhat on the outside, peering through the window of a life I desperately wanted but would never have. Everyone had someone. So where did that leave me? Would I ever find that? I even started to feel like an invisible ghost that no man could ever see “in that way.”

“I long for a story book romance, full of romance and passion,” I wrote in my journal in 2000, during one of my starry-eyed phases. “I know I’m a hopeless romantic, eternally searching for the ideal man and ideal relationship, which I’m sure doesn’t exist, and I’m constantly looking for that ‘one’ guy who I can fall in love with for the rest of my life.”

No one wants to be alone, and Valentine’s Day is the only day of the year that parades us singletons on a metaphorical stage wearing giant neon signs proclaiming our status. Somewhere along the journey, we even begin to equate “single” with abnormal and firmly decide that, “Yes, there must be something wrong with me.” But here’s the beautiful part: It’s only when we’re alone that we can truly get to know ourselves. Maybe it’s better to be alone and learn to love yourself before you can even think of giving your heart away. After all, the love affair you have with your own soul will last a lifetime. 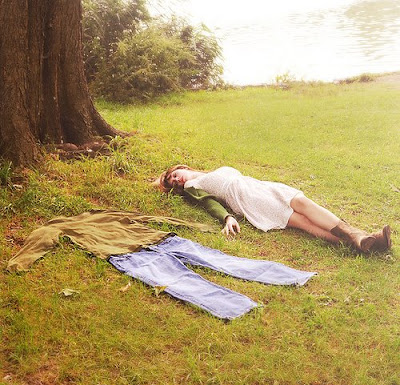 One of my mom’s favorite songs is “Beyond the Sea,” and she pictures my father waiting for her on golden sand and gazing at the passing ships. Will I ever find that magic? Maybe my Prince Charming will come. Maybe he won’t. But today, I’m anxious to get to know myself. If he – or Crush Boy – should gallop into my life, I’ll welcome his open arms, but I’m fully secure and comfortable flying solo. So I’ll celebrate the day of love the best way I know how, curled cozily on the couch with a few Reese’s peanut butter cups and an old friend, Jerry Maguire. And when Tom Cruise tells Rene Zellweger, “You complete me,” I’ll smile because even though I’m still waiting for my other half, I have the hope that someday he will come.