Shortly after my grandmother died in 2002, my grandfather got a puppy – a mix of bassett hound and a beagle. His name was Cowboy. He was a little devil of a puppy. We once came into the kitchen to find his head in my father’s bowl of spaghetti, which was on a high table. He’s also chomped on many a shoe and sock in his eary days. Suffice it to say, he lived up to his name. He grew and settled down into the sweetest dog I’ve ever met. He and my grandfather were a matched set; they both needed each other at crucial times in their lives and formed a bond like I’d never seen before.

But seven years (and some 65 pounds) later, it was time for Cowboy and my grandfather to begin the next stage of their lives, this time, sadly, separately. A large part of the reason for our vacation was to help my grandfather get Cowboy on a plan to my aunt’s house in Virginia, where he’d live in the company of my aunt and her tiny dogs — could you see what they’d think of Cowboy, who I sometimes affectionately refer to as The Beast?

Here’s The Beast in all his glory. 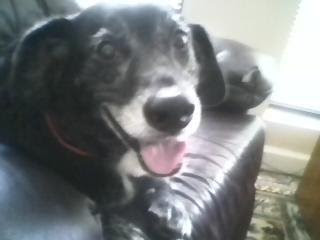 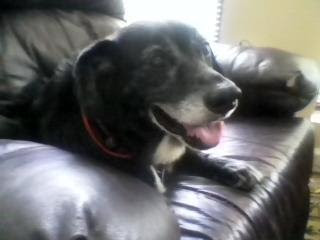 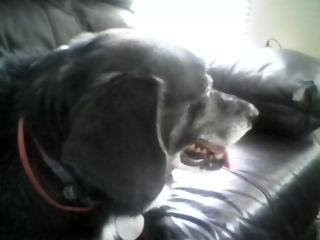 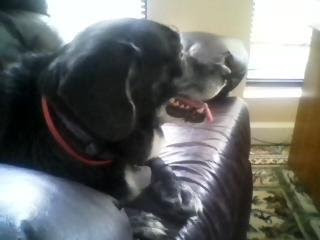 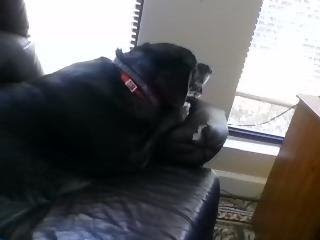 It was hard on all of us, my grandfather especially. You never know how hard it is to say goodbye to a pet until you have one, don’t you?