While doing some cleaning last week and trying in a mad dash to get ready for leaving for Dixie Land, I came across these photos. Do you think they were taken around the same time period? 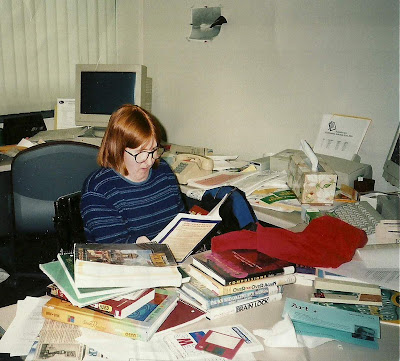 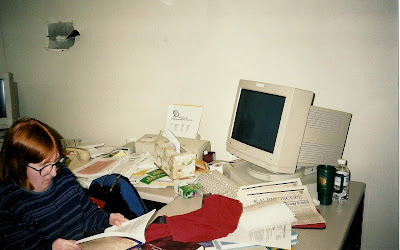 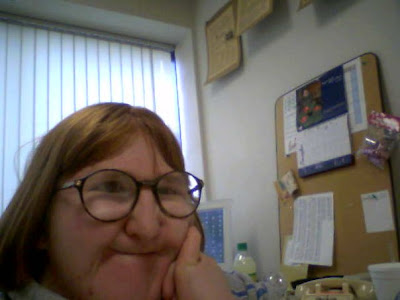 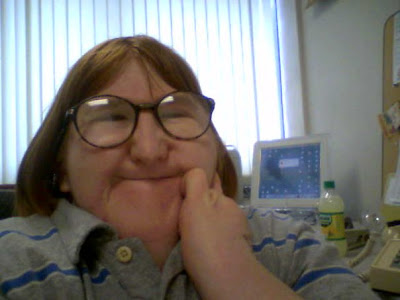 Yes, I’d think they were the same, too. But guess what? They were taken nearly nine years apart. I worked as editor-in-chief of my college newspaper way back in 2001 (with the wonderfully talented Viewtiful Justin, actually; I like to think I taught him all he knows), went on to get my bachelors degree in journalism and then

Isn’t that weird? A sort-of real-life deja vu or something? It’s weird being back there, in the same building, in the same office, some of the same posters still hanging from the wall.

It was almost like I’d never left, yet I know I came back a different person. Have you ever had an experience like that? I’d love to hear about it!