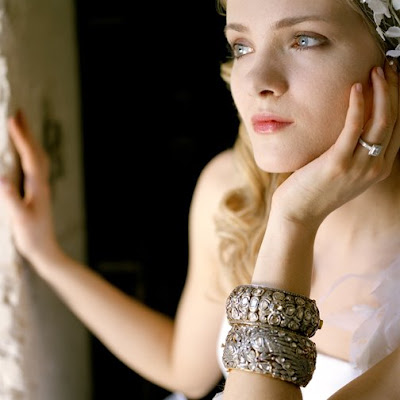 I’m honest. We’ve already established that. I can be brutally honest. We already established that too That’s why, I’ve come to the conclusion, that there are a few things in life I’m not afraid to admit. At one time, I was afraid to admit them. I kept them on the lowdown, tight, in lock-and-key fashion in my soul, fearing that if anyone found out that I’d be labeled even more of a freak than I felt my disability had already made me.

But that was a long time ago, when I was younger and far too impressionable. I recently asked myself, “What the heck is the big deal?” If I’m afraid of admitting these things, does that mean I’m somehow ashamed of myself or even afraid to admit things to myself?

I can’t stand for that. SO…here I go. Here are some things I’ve never experienced. And, no I don’t think I’m pathetic. Have you ever thought that maybe, just maybe, something great IS going to come my way? It just hasn’t happened yet. But I know it will. Someday.

I’ve never had a boyfriend: Trust me, I’ve met plenty of guys I wish would have turned into boyfriends, but nothing ever materialized. I often wondered: Is it my disability? Maybe they just don’t want to be with someone like me, and why would they when they could have their pick of beautiful women? Women who could probably do a lot more than I could. I’ve also thought about the day when I do end up with someone. What’s the protocal for telling someone they’re your first? If I say “first,” the guy is probably going to think sex (which, if you know me, won’t be happening until we’ve got that marriage license in our hands!), which would be awkward enough in itself. But how do you tell a guy that he’s your first boyfriend (and leave out the phrase “well, my first boyfriend who reciprocated my feelings?) without completely scaring him — and perhaps scarring him for life? The guy might feel some sort of high expectation, or at the very least, wonder what the heck is wrong with me. I won’t have an answer to that second question, I don’t think. But it would be sort of sexy if he were completely unfazed by the whole thing. Hint, hint.

I’ve never had my first kiss: I can’t help but think this too has something, even if it’s only a little something, to do with my disability. I’ll admit that my face is, well, a bit different than most. But really, is it that unkissable? Inside scoop: I do have very, very soft lips. Really soft. But you should know that they’re not open for business to just anyone; there’s an extensive screening process. Samples will be taken. 🙂

I’ve never had my first date: See, I figure this is my problem: I’ve always waited for the guy to do the asking. Being an old-fashioned gal (I would have been a perfect 1950s poodle-skirt girl), I somehow thought it would seem desperate, needy and uncooth to take the bold first step. So I waited. And waited. And while I waited, I couldn’t help but wonder: Is it that guys just don’t want to ask me out because I’m so ugly, or is it that they want to but are nervous and intimidated? Seriously, I am the LEAST intimidating person that you’ll ever meet. I’m one of those girls who loves to just shoot the breeze and chat; I could literally do it for hours. Anyway, I’ve always wondered what my first date would be like – I mostly wondered this as my school chums were actually experiencing their first dates while I was hooked up to an IV on the hospital – thank goodness for those hot med students! So maybe it’s time I started doing the asking, huh? If nothing more than to see the look on their face – priceless, I’m sure. And FYI to potential lucky guy who DOES end up asking me on my first date: I’m not one of those girls. The date doesn’t have to be some fancy, extravagent thing. Really. I’m pretty easy to please (NO, not in that way. Geez.).

Oh gosh, this is beginning to make me look absolutely pathetic, isn’t it? That, or I’m incredibly attractive for my brutal honesty. Yes, that’s it. I’m going to go with the second option.

What are some things you’ve never done that you’ve always kept secret? It’s time to let those secrets OUT!