Previously on The Melissa Diaries: I survived (barely) a solo Valentine’s Day, all the while wishing Brown-Eyed Editor would somehow wake up from his trance and realize we’re meant to be together. Forever. But, as I began filling out college applications, I began to realize that sometimes forever doesn’t exist beyond the hallways of high school. 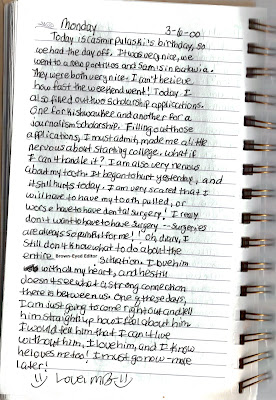