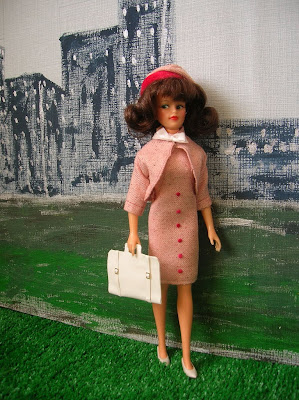 I was about five classes away from a psychology minor in college. This almost-degree has made me certain of two very important things: I do not, indeed, have a minor in psychology, yet I have managed to retain enough of the knowledge I gleaned from courses such as social psychology and lifespan human development to be an honorary psychologist.

But where does my flair for feelings really comes into play? The sometimes-scary, almost-always-accurate realm of self-diagnosis. Sometimes, I’ve found, I can diagnose myself before the symptoms even manifest.

It was a good thing, then, that my radar was on highest alert for the last few weeks as I tried to arrive at a suitable conclusion to the ever-perplexing question: Had I become one of those grass-is-always-greener people? And even more, why is it so hard for us to live for today?

A mere month ago, I sat in my office tidying up all those last-minute, end-of-the-semester tasks: turning in my grades, tidying up my cute little desk (note my use of the word “cute” to describe an inanimate object!) and breathing a sigh of relief that I got through it all. As much as I knew I’d miss playing Bob Woodward to my students, I was looking forward to the impending vacation. My eyes brimmed with glee as I thought of all the things I was going to do with my vacation. I was going to write, I was going to update my portfolio, I was going to sit and read magazines and write query letters and land that BIG glossy magazine assignment.

I rationalized it all by telling myself “Of course this isn’t work. This is fun work.” As the days dragged on, the word “fun” began to fade into the background, and I couldn’t help but feel like the things I’d once loved to do were frankly causing me more headaches than smiles. Oh, I did sit around on my vacation; I sat around wondering why I spent more time worrying about why I wasn’t checking things off my to-do list rather than, well, actually checking things off said list.

That’s when it hit me: People don’t take vacations to remote islands to get worthwhile tasks accomplished. They go to the sunny beaches, bingo nights and scrumptious buffets to, gasp, RELAX.

So when – and why – did vacations come to be synonymous with “getting all that other work” done? It just baffles me.

I hate to go straight to the Freud card, but at least for me, I see a lot of my mother in myself. She was so excited to be on vacation too. She was going to get that much-needed rest her body craved and she was going to read heaps of books – maybe a whole book in one day, she said. But by the Monday before Christmas, she snapped out of it and apparently came to her senses.

“Look at this house. We have so much to clean.”

She even managed to convince herself that braving the sub-zero temps to make her pilgrimage to the YMCA for a little swimming was – gasp again – calming for her.

In fact, she said all the above was calming for her.

The facts were all too clear now: My mother had become a drone of the masses and, though I’m sure it was unintentional (it was, right, Mom?), she’d turned me into a mini drone.

We’re human. We’re programmed to believe that something better, more exciting, more breathtaking, more magical is just a swift walk around the corner. A new job. A big pay raise. A new house. A move to a bigger city. Our minds have a way of tempting us like that; we want what we think is going to make us happy, we finally get it and two days later, we’re ready to take it back to the store and exchange it for something bigger, badder or something at least with more horsepower.

But just when is enough, well, enough? Maybe happiness – pure childlike happiness – is where you’re sitting right now. If you missed your real vacation the first time around, make time for it now. It’s time to look at that new green grass you’ve found; if you look close enough, you’ll probably see it’s not so pretty, but in fact more yellow and sickly.

The point here is that everyone needs a break. A break from work. A break from obligations. A break from vacation “fun work,” which I’m starting to believe is a myth even scarier than the Lock Ness Monster. It doesn’t exist, but still haunts us in our sleep.

My mother’s constant refrain since I was 10 has been “I’m doing laundry now, so I won’t have to do it tomorrow.”

As somber as it sounds, what happens if there’s not a tomorrow. All we have is right now. Shouldn’t that be enough?