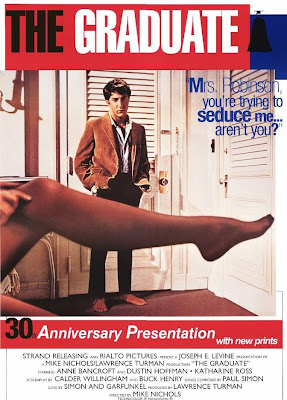 Some women crave the sort of steady commitment coupling reminiscent of the three S’s: safe, secure and steady.

Translation: They transition straight from their father as the center of their male universe to another ‘older’ man, while, obviously considerably younger than said father, a man who fills the role perfectly: They take care of you and make you feel safe. Your protector, if you will.

I used to be one of those women.

Other women list other criteria in their personal ad for dating: Adventure, fun, spontaneity, a fly-by-the-seat-of-your-pants rollercoaster ride with no discernible ending.

Translation: They’re tired of the geezers. They want vibrant, strapping men. They want the Zac Efrons, the hip, younger guy who helps them restore their long lost youth.

I must confess: I’m becoming that woman.

I know what you’re thinking: I must be a Spinster, Mrs. Robinson-wannabe who spends her evenings scouring the campus bars of my hometown in search of that football quarterback/GQ model whose pearly white smile could blind you.

I also even know what pop psychologists are probably thinking: I’m some weeping willow who refuses to grow up, to accept her new life as an adult and who suffers from the female version of the Peter Pan complex that now makes searching for the Lost Boys seem all too Freudian and NC-17ish.

But when I look in the mirror, that’s not who I see. I’d developed this unhealthy habit of falling for the wrong guy. It all started with Crush Boy, and I proceeded to fall in a downward spiral from there. The introspective writer. The hardcore Marine. The nude model (even I’ll admit that wasn’t my finest hour, but I was 16 and he was the 25-year-old lifeguard at the local pool; I’ll chalk it up to hormones). The firefighter (or was he an EMT?). The hospital doctor in his third year of residency who called me “brave” for my sheer tolerance of needles.

Most of these men were all older, of course, or at least around my age. They’d had the sort of world-class charm I thought people went great lengths to find: in Paris, beneath the Eiffel Tower or in some other French bistro, or maybe even in some aimless boat floating through Italy, stopping only to walk down some cobblestone street to pick a flower for your amore.

But after surviving five hellish years that saw the death of my maternal grandmother, my father’s sudden and utterly unexpected suicide and my sister’s struggle with both anorexia and bulimia as well as her own struggles with bipolar disorder, I instinctively realized that the white-picket fence, lounge-in-bed-and-read-The-New-York-Times-on-Sundays security blanket wasn’t something I was utterly desperate to cling to. It wasn’t even registering on my radar. Life, I’d unfortunately learned the hard way, was too short. That sort of life could wait until later. Until I was much – much – older.

Researchers can even diagnose me as perfectly normal. Human, even. An AARP study found 34 percent (3,500 Americans were polled) of all women 40+ are dating down in the age department; I’m 27, so I figure the stats are much higher for my age group. These bold women are not interested in anything even remotely resembling marriage.
So what are they looking for? You guessed it: They want someone to hang out with and have fun.

And let’s not forget this handy-dandy site I recently stumbled upon, Dating Younger . It’s a virtual community of women seeking younger men.

So when I started my last year of college in 2005, I was pleasantly surprised to find myself the big fish in a sea of younger men. I felt a new sense of worldly confidence and knowledge, choosing to focus on the positive instead of the fact that many of my classmates in my ‘senior blow-off classes’ were not even born during the heyday of Reaganenocmics. These boys were the exact opposite of those emotionally unavailable, career-minded men who had left their emotional bruises on my heart in the past: They lived in the moment, they saw each new day as an adventure and they NEVER let life get in the way. And the best part: They knew how to make me laugh and forget about my troubles, at least for awhile.

These burgeoning men were a breath of fresh air in my otherwise stressful, drama-filled world of adulthood.

But it went much deeper than that. Truth be told, I’d always been the ‘good’ girl. I never drank or smoked. I brought home As & Bs in high school. I even spent weekends at the library with my parents and sister. I had excelled at being all things ‘good’, but for some reason, I still felt a bit empty. Maybe this was, after all, my futile attempt at tasting the sweet and taboo nectar of rebellion – my version of sneaking out to drink without the consequences.

Plus, it didn’t hurt that, ironically, my new fun fearlessness seemed to make me feel even more like the feminist I’d always longed to be. After all, this New Me flew in the face of every convention I’d ever known about what a ‘proper’ woman was: a straight-laced, button-upped, glasses-wearing, school marm who barely lets her ears peek out from under her tightly wound hair bun. I could slip into some heels, let my hair down and tell society that the Women’s Movement is not over – it was roaring back into town.

I expected to be bombarded with a string of glares and snares (“Did you not have a good relationship with your father?” “You don’t want to become a headline, do you?”), but I never expected the response I got from my younger sister – a young woman who was far more liberal, unconventional and socially conscious than I could ever hope to be (“I hate labels” is her expression of choice).

“Mel, you’ve got to stop,” she gasped at my recent objects of my affection.

My brilliant defense: They’re legal. And besides, it’s not like I actually dated any of my crushettes (a term I’d devised to describe those intriguing men who hovered around the age of 21 or 22 – old enough to legally drink, but over the whole college scene). Instead, I merely marveled and mused about them from afar: how we’d spend our weeks taking spontaneous getaways to scenic locales, running through the park on a sunny Saturday afternoon with his scruffy dog, having all-day Monopoly marathons in our pajamas. The possibilities seemed, well, almost endless, maybe even too good to be true.

But perhaps that’s really the whole point. The fantasies are enough for me. With the highway of imaginative possibilities, I’d never have to be disappointed or confused or even pushed aside to a detour in favor of a game of golf with the guys on Sunday. I could be the person I was before my father’s death, before my sister’s demons of anorexia and bulimia began to rule all our lives. Who was I? The girl with wavy red hair who had a tendency to giggle out of the blue and who never thought anything would shatter her safe, secure world.

Besides, if Demi and Ashton (and supposedly new love birds Jennifer Aniston and John Mayer) can make it work, I figure I have nothing to lose if I give it a shot. It may end badly, but at least I’ll know one thing: It’ll be a hell of a lot of fun. And I’m sure I’ll be smiling and giggling, too.

Here’s to me, Mrs. Robinson.