If I had such authority, I would designate October through January as Positively Peaches for Peanuts season. I’m not talking about the salty edible peanuts, either. What I do speak of is small and round, though, and comes in a variety of characteristics. Some are sassy. Some are silly. Some are smarty pants. And one is even a little snoopy.

After all, he and his gang are the grooviest of peanuts. They’re nearing their mid-forties, but have somehow managed to maintain that youthful glow, that childhood innocence that we all lose once we jump off the playground swings and step into those oversize adult shoes. To me, those little peanuts don’t look a day over 10, though we never actually ever find out their true age (nor if they even have parents).

Yet one thing is for sure: the cold, blustery winter months are their time to shine. In the span of four months, they (well, Linus mostly) sat in wait for The Great Pumpkin, had a Thanksgiving feast worthy of the Pilgrims themselves and learned the true meaning of Christmas through a tiny but mighty tree.

Yes, The Gang has seamlessly nuzzled its way into the hearts of generations. And like all gangs, everyone has their favorite, that one character that speaks to them more than the others. Or so we think. In the land of peanuts, is there really only one for you? Can you ever only have one soul mate from Charlie & Co.? 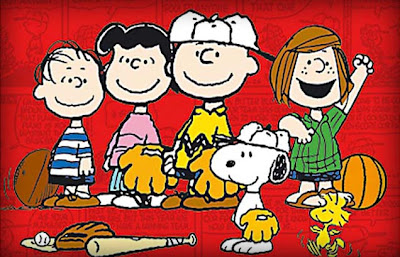 My family, being lifelong Peanuts enthusiasts, spent many an hour debating this very point. Over the last month, we tried to guess who each of us most resembles. We agreed my sister was the mysterious Schroeder. We laughed in unison as the words Charlie Brown easily rolled off our tongue when describing my mother. And my mother and sister both claimed I was bossy Lucy.

Well, they were both wrong. I knew they were. It was my job – my faithful duty – to prove them both wrong. I knew exactly who they were, but they had no idea who I was. So what did I do? I enlisted the help of my friend, Google, and took “The Quiz: Which Peanuts Character Are You.”

In fact, we all took the quiz. My sister, it turns out, is rather aloof like Schroeder. My mother is determined and optimistic to a sugary-sweet level like Charlie Brown. Then I took the quiz, fully expecting to be Sally to a T. I’m a bit innocent and naive. I sometimes live in my own little world. And I even have delusions that certain guys are in love with me and see little hearts above my head whenever I’m near them.

A few clicks later, and it all became clear. I wasn’t Sally, it turns out. I wasn’t even Lucy (I told you so!). I, surprisingly, am just like Snoopy: I present an air of sheer joy, but it only masks my deeply sensitive side. And, of course, there is more to me than people think.

Ahhh, sweet vindication. This confirms what I’ve been telling people all along: that I’m not who I appear to be on the outside, that I have emotions no one even knows about, that a lot of the time, my outward persona is merely hiding my deeper insecurities.

Who would have thought I’d learn (and confirm) all that from a little beagle?

Because in the end, who we think we are and who we actually are can be two very different things. But maybe we don’t have to stand in solidarity alone with just one character. While it’s true that everyone has their favorite character (Go Sally!), I think there’s a little sparkle of each character in all of us. A cornucopia, if you will. We can be bossy like Lucy. We can be a little fearful like Linus and even carry around a security blanket just in case. We can be a strong woman’s woman like Peppermint Patty. We can even be a little out of it like Marcy, too.

It’s like a buffet. Who goes and eats just one thing? That’s blasphemy, I tell you.

Come to think of it, maybe I’m more like Charlie Brown than I thought. Give the guy a chance. Get to know him. He just might surprise you.